Zoë Fitzgerald has been announced as the first female member of the Galway Race Committee and will attending her first race meetings as a Committee Member at the upcoming two day Autumn Festival on Monday 5th and Tuesday 6th September.

Zoë Fitzgerald is a native of Galway city and is well known in hospitality circles due to her role as Marketing Manager of the family owned Renvyle House Hotel. She holds a BA from NUI Maynooth and worked in a number of marketing, administration and financial roles in Dublin before returning to Galway in 1997 to take up a position in the family business. She was appointed to the Renvyle House Hotel’s Board of Directors in 2005, and in 2013 was appointed Chairman of the Board. The Galway woman has also voluntarily dedicated her time to numerous tourism initiatives, and is a founding member of the Connemara Loop. 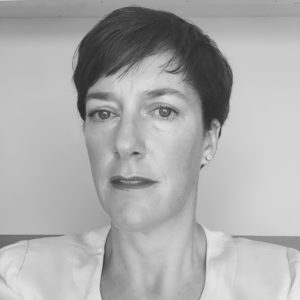 The married mother-of-two has always held a strong interest in the equestrian world and has been attending the Galway Races from a young age. She is looking forward to continuing a proud family association with the Race Committee as her father John Coyle was also a member, and remains an honorary member to this day.

“My siblings and I would have been brought to the Galway Races every year by my father. It has come full circle as my own two boys love coming racing now, Jack was 10 weeks old when he attended his first race meeting! Nowadays we always enjoy a day or two in Ballybrit with friends, and Renvyle House Hotel has been sponsoring races for over 15 years”

Mrs Fitzgerald says she was honoured to be considered for the role and is very much looking forward to working with the Galway Race Committee. “I am a careful and considered person by nature and I hope that my background in sociology, marketing, and hospitality will bring another angle to meetings and in planning the future for the course and the festivals. It is an honour to be the first female member of such an esteemed committee and I hope my contributions will be of help to the Galway Races in the future.”
Chairman of Galway Race Committee Peter Allen congratulated Mrs Fitzgerald on her new position.

The committee is delighted to welcome Zoë, who has widespread experience in the tourism and hospitality sector. We are sure she will be a huge addition to the committee, and we look forward to continuing our work to ensure the Summer Festival retains its position as the country’s top racing festival.

Galway Race Committee, which was established in 1869, is known as one of the most progressive race committees in the country and has led the continued investment in the racecourse to ensure Galway is recognised worldwide as a state-of-art-art horseracing facility. Among the numerous projects steered by the committee in recent times include the development of the Millennium and Killanin Stands, traffic and pedestrian tunnels, and a new office building and media centre.

For more information on the Galway Races or to book tickets, visit www.galwayraces.com.